As of December 31, 2014, the Tri Club had 353 members.  Our members ages range from 5 to 79, with both of those members actively competing in triathlons.

Like many triathlon clubs, some of us were swimmers first, some cyclists, some runners.  We pride ourselves on creating a welcoming, encouraging environment where everyone can learn something from everyone else.  We have USA Triathlon All-American elite-level members (including a few who are fast enough to turn pro if they wanted), fast age-groupers, middle-of-the-pack finishers, tail-end champions, and what-the-heck-did-I-sign-up-for first-timers who keep coming back for more.

The Tri club meets the third Monday of every month (except December) at Momo’s Pizza, 1410 Market Street, Tallahassee, Florida.  Social time begins at 6:30 p.m., and the meeting starts at 7:00 p.m.  It is usually over before 8:00 p.m.  Most meetings feature speakers dispersing wisdom and experiences on triathlon-related topics.  Recent speakers & included topics on nutrition needs for different distances; preparing for and racing 70.3s and Ironman-distance races; diagnosing overtraining and how to avoid it; carbs, protein, and recovery; hydration and nutrition in hot and humid races; staying injury-free through regular yoga; and lots more.

Come join us at the next meeting!  First-timers and curious onlookers are always welcome! 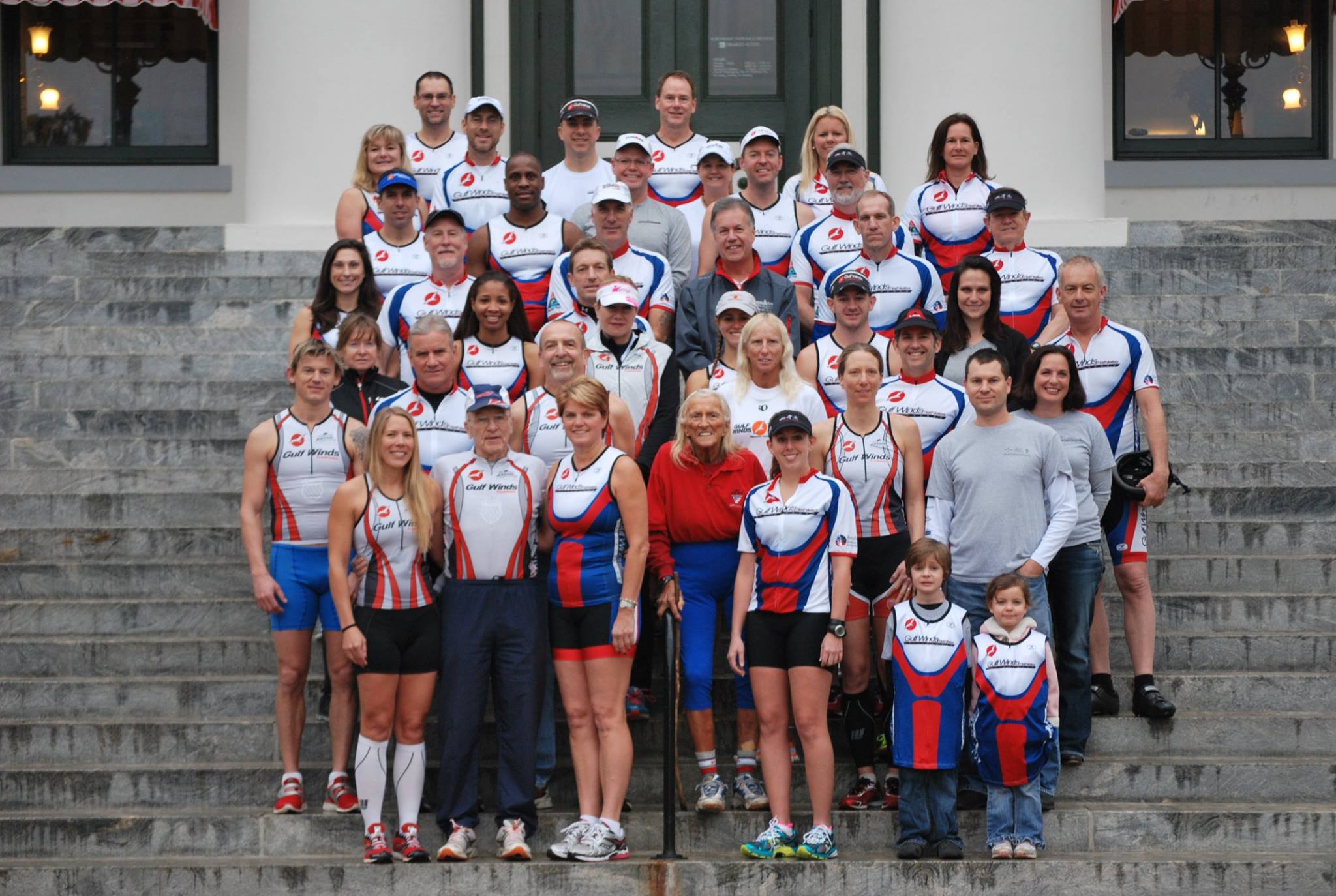